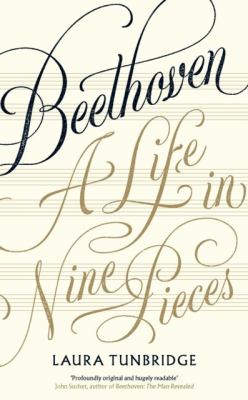 Beethoven : a life in nine pieces

A portrayal of Ludwig van Beethoven and a journey into one of the world's most amazing creative minds. Each chapter focuses on a period of his life, a piece of music and a revealing theme, from family to friends, from heroism to liberty. 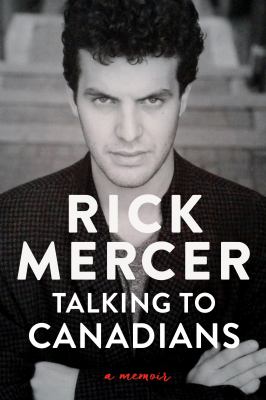 Talking to Canadians : a memoir

In 'Talking to Canadians', Rick Mercer, Canada's beloved comic genius tells his own story for the first time. It's a life so packed with incidents (did we mention Bosnia and Kabul?) and laughter we can only hope that a future answer to "What is Rick Mercer going to do now?" is: "Write volume two." 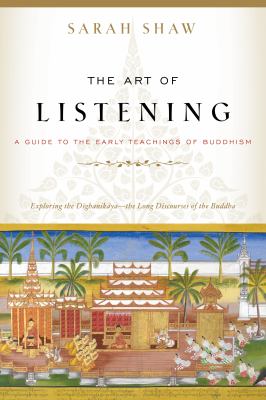 The art of listening : a guide to the early teachings of Buddhism : exploring the Dīghanikāya : the long discourses of the Buddha

"This book explores the Buddha's teachings on subjects including meditation, ethics, meditative states and conditionality. It is an excellent foundation for understanding the underpinnings of all Buddhist philosophy. The discourses are set within narratives of the Buddha's life. These texts have varied genres designed to have different effects. They range from prescriptive ways to apply the practice, to evocative imagery that symbolizes the teaching, to ethical recommendations about how to act in the world. This course explains the context and background of these timeless teachings"-- Provided by publisher. 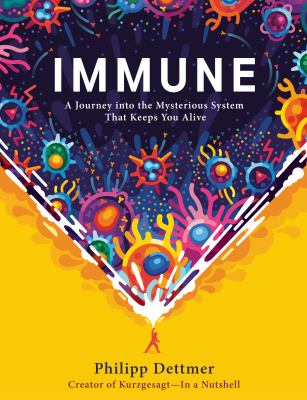 Immune : a journey into the mysterious system that keeps you alive

Although everyone who has ever had a cold is familiar with the human immune system and its importance, few understand just how complex and intricate the immune system is. In Immune, Internet creator and storyteller Philipp Dettmer takes readers on a journey through the fortress of the human body and its defenses. Touching on our body's defenses, the types of adversaries we face (including a chapter on the coronavirus), and the grave consequences of immune malfunction, Immune is a vital crash course in what is arguably, and increasingly, the most important system in the body. 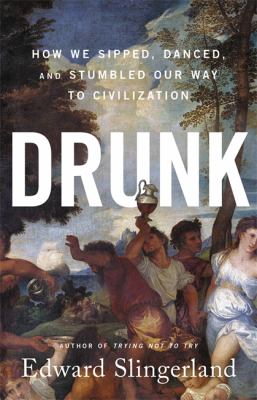 Drunk : how we sipped, danced, and stumbled our way to civilization.

"Alcohol is tightly woven into the fabric of our lives. We use it to bond with friends and coworkers, and it's a fixture at weddings, funerals, religious ceremonies, and just about every other social event imaginable. And this is true in spite of the fact that it's really bad for us. Considering alcohol's downsides - hangovers, reckless behavior, addiction, accidents, death - our continued enthusiasm for it is surprising. Prevailing scientific theories hold that our taste for intoxication is an evolutionary accident. But a closer look reveals that these accounts can't be right. In Drunk, Edward Slingerland offers an alternative evolutionary history of our relationship with alcohol, arguing that its individual and social benefits have outweighed its costs, that civilization as we know it could never have developed without alcohol, and that intoxication continues to play a crucial role in the modern world. Packed with fascinating case studies, engaging science, and practical takeaways for individuals and communities, Drunk is a captivating and long overdue investigation into humanity's oldest indulgence."--Provided by publisher. 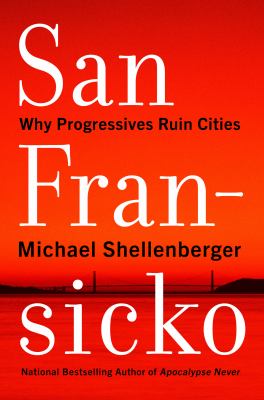 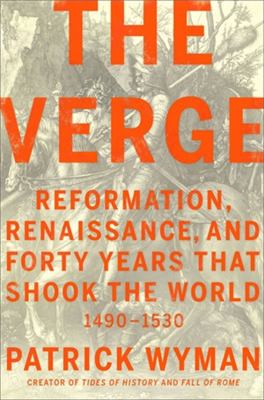 The verge : Reformation, Renaissance, and forty years that shook the world

"Tells the story of a period that marked a decisive turning point for both European and world history. Here author Patrick Wyman examines two complementary and contradictory sides of the same historical coin: the world-altering implications of the developments of printed mass media, extreme taxation, exploitative globalization, humanistic learning, gunpowder warfare, and mass religious conflict in the long term, and their intensely disruptive consequences in the short-term. As told through the lives of ten real people--from famous figures like Christopher Columbus and wealthy banker Jakob Fugger to a ruthless small-time merchant and a one-armed mercenary captain--The Verge illustrates how their lives, and the times in which they lived, set the stage for an unprecedented globalized future"-- Provided by publisher. 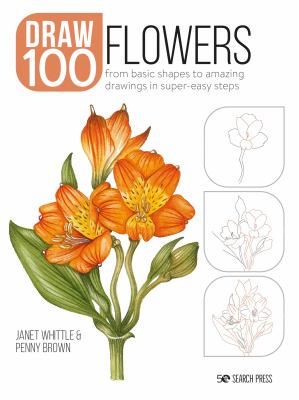 How to draw 100 flowers : from basic shapes to amazing drawings in super-easy steps

"Learn to draw 100 of your favorite blooms in 6 easy steps, starting with simple shapes. For all ages. Learn how to draw 100 beautiful blooms! From wondering wild flowers like daisies and tulips, garden treasures such as crocuses and gerberas to the exotic Birds of Paradise, irises and magnolias, there is a whole host of blossoms to choose from. The process for sketching each flower is broken down into 8 easy steps: by drawing a few simple shapes a stage at a time, you can create a gorgeous, realistic bloom in very little time. There are also two shaded-in versions of each flower, one in pencil and the other in paint, to offer you inspiration for adding final touches to your own drawn flower. This is the perfect book for budding artists of all ages yearning to draw their favorite posies, or the experienced artist looking for a variety of subjects to inspire."--Amazon.ca. 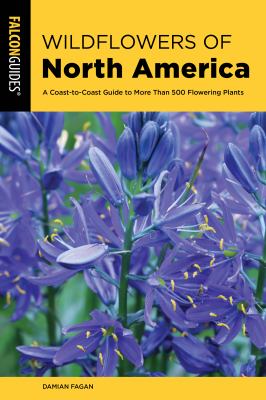 Wildflowers of North America : a coast-to-coast guide to more than 500 flowering plants

A field guide to more than 500 wildflowers found in North America, organized by color and alphabetically to enable wildflower enthusiasts and nature lovers to identify and learn about the natural and cultural history of flowering plants 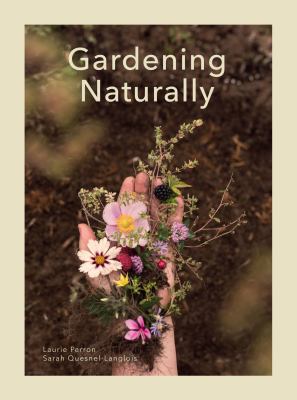 "Gardening Naturally offers a wealth of information and practical advice for growing indoor and outdoor plants based on sustainability, a rejection of artificial chemicals, and respect for biodiversity and the natural world. From advice on planning your garden and dealing with disease, insects, and the arrival of cold weather, to tips for starting your own compost, repotting effectively, and choosing which local and native flowers to best attract pollinators, Gardening Naturally will interest anyone who wants to add flowers, edibles, and greenery to their daily life, no matter the size of their balcony or the extent of their garden."-- Provided by publisher. 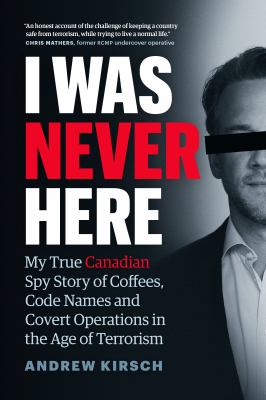 I was never here : my true Canadian spy story of coffees, code names and covert operations in the age of terrorism

Dispelling myths along the way, an ex-covert special operations lead with Canada's Security Intelligence Service reveals what life as a spy is really like, sharing his on-the-ground experience of becoming a CSIS member and how he rose up the ranks to leading missions. 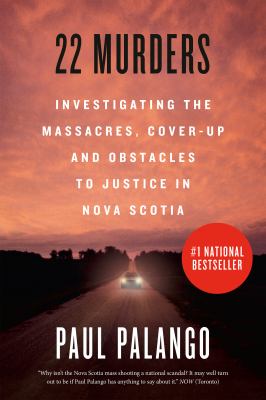 22 murders : investigating the massacres, cover-up and obstacles to justice in Nova Scotia

As news broke of a killer rampaging across the tiny community of Portapique, Nova Scotia, late on April 18, 2020, details were oddly hard to come by. The RCMP was largely silent then, and continued to obscure the actions of denturist Gabriel Wortman. Watching the RCMP stumble through the Portapique massacre, Palango knew the story behind the headlines was more complicated and damning than anyone was willing to admit. Palango peels away the layers of this murderous episode, and unearthing the collision of failure and malfeasance that cost a quiet community 22 innocent lives. 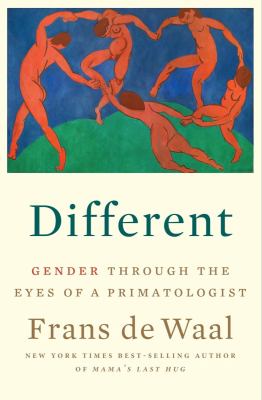 Different : gender through the eyes of a primatologist

"New York Times best-selling author and world-renowned primatologist Frans de Waal explores sex and gender in both humans and other animals. Though many scholars now argue that gender differences are purely a product of socialization, primatologist Frans de Waal illustrates in Different the scientific, evolutionary basis for gender differences in humans, drawing on his decades of experience working with our closest ape relatives: chimpanzees and bonobos. De Waal illuminates their behavioral and biological differences, and compares and contrasts them with human behavior: male domination and territoriality in chimpanzees and the female-led pacific society of bonobos. In his classic conversational style and a narrative rich in anecdotes and wry observations, de Waal tackles topics including gender identity, sexuality, gender-based violence, same-sex rivalry, homosexuality, friendship, and nurturance. He reveals how evolutionary biology can inform a more nuanced-and equitable-cultural understanding of gender. Ultimately, he argues, our two nearest primate relatives are equally close to us, and equally relevant. Considering all available evidence, we can learn much about ourselves and embrace our similarities as well as our differences"-- Provided by publisher.